The mtb Trophy of Nations: the history

How the Enduro MTB team competition most celebrated in the world came to light and how it evolved. And it will be back this year – in Finale Ligure on the 28th and 29th September – under the guidance of EWS.

Finale Ligure is gearing up to host a major event; ready to write another epic page in the history of international mountain biking. The Trophy of Nations – the competition rooted in the soul of enduro and in all respects part of the ideology behind the discipline – is finally back.

It was 2008 when Frenchman Fred Glo, founding father of the enduro discipline on pushbikes, launched the Trophy of Nations, designing what was by then known as ‘E-MTN‘ (Enduro MTB Trophy of Nations), the first international MTB enduro competition for teams.

Exactly like it happened for the similar ‘Motocross of Nations’ or ‘International Six Days Enduro’ – the motorbike races that, at least format-wise, has been the main source of inspiration for the E-MTN – the idea was to run a competition where teams were going to be composed of three riders from the same country. 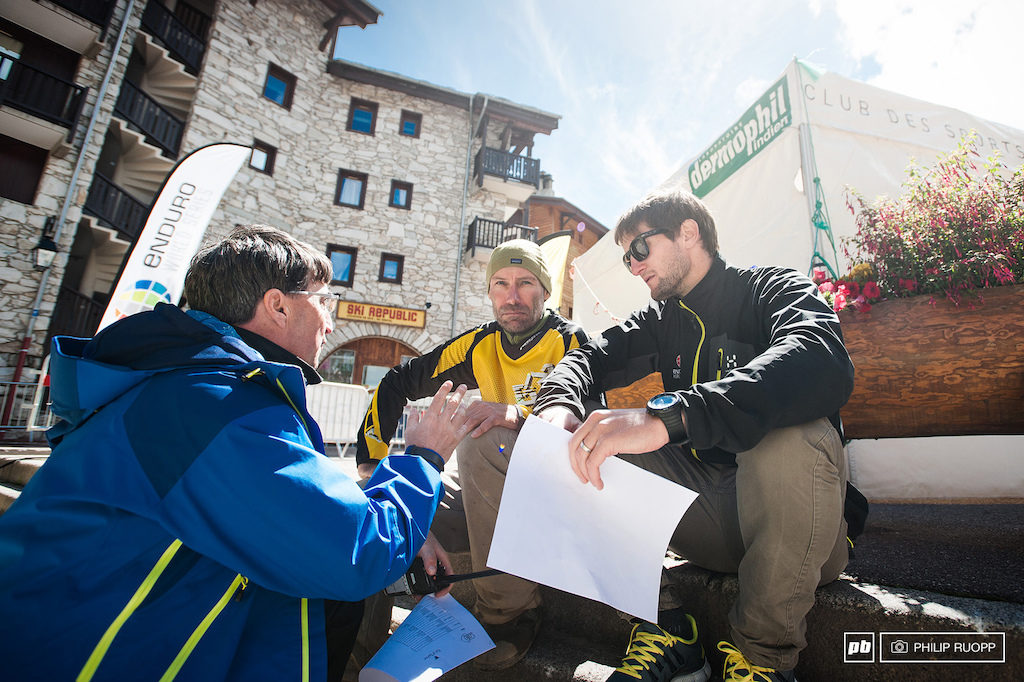 The first three editions of E-MTN take place between 2008 and 2010 in Les 2 Alps, Vars and Val d’Allos respectively, as events of the French Enduro Series.

Year after year, the venue playing host to the event keeps changing, but the podium always remains the same, with one country – France – dominating all editions.

Many French riders topping the podium during these first editions are still well-known in Finale Ligure, athletes who are still showing some of the best riding out there.

We are talking about the likes of Jerome Clementz, Remi Absalon, Theo Galy, Nico Lau, Karim Amour and many others.

And what about the other countries? The answer is easy. They simply weren’t at the same level: not from the fitness point of view, but rather in terms of ‘vision’ and way to face such a complicated discipline. Enduro was still in its infancy and was the prerogative of the French pioneers.

During those three years, the only ones able to find their way onto the E-MTN podium, with a solid second place in Vars in 2009, were the Unites States, led by Mark Weir (in team with Brian Lopes and Jason Moeschler) pionneer of Enduro in the US and great supporter of this new event. 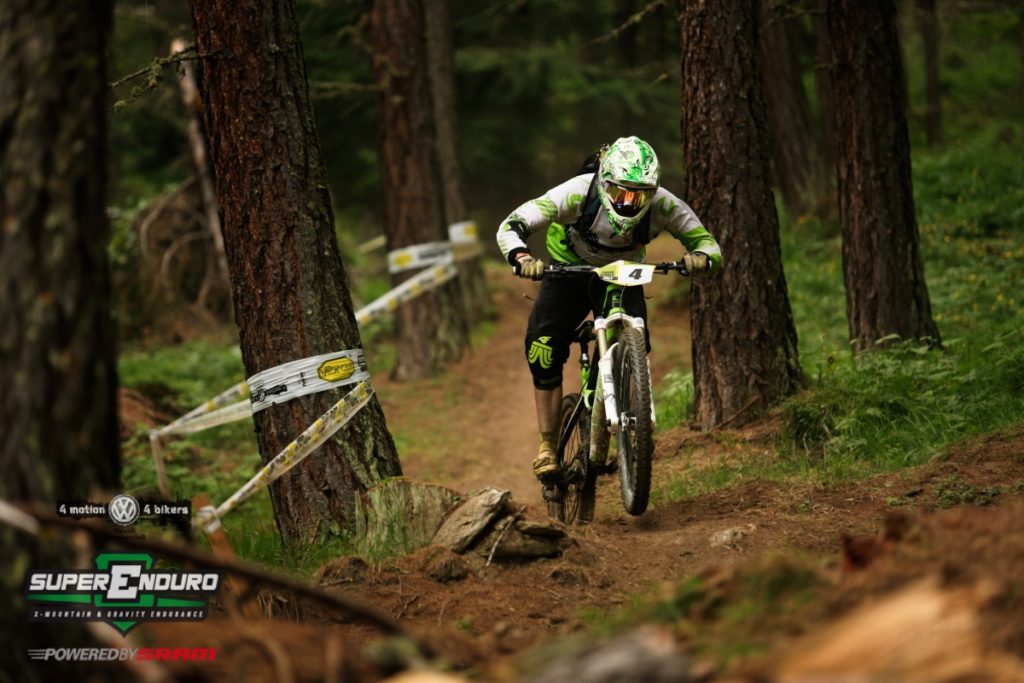 However, the 2011 edition marks an important turning point in the history of the Trophy of Nations, one of the first steps towards what will become the international enduro we know today.

For the first time, the event moves across the French border and Sauze D’Oulx becomes the first Italian alpine resort to welcome the best racers in the enduro discipline.
8 competing nations, with riders from France, the United States, Italy, Switzerland, Germany, Poland, Finland and Belgium who, in an event also valid as a round of the national Superenduro series, try, without success, to get the title off French riders’ hands. But again, France kept hold of its leadership.

In its fifth edition, Enduro of Nations takes place over two different rounds, one in Italy and the other in France, following Superenduro and French Enduro Series format respectively.

The sum of the points over the double event clinches the 2012 E-MTN title and France is once again in the lead, but…this is also a decisive year because, thanks to the victory of the Brit team (Dan Atherton, Joe Barnes, Alex Stock) in the Italian round, for the first time the French supremacy is challenged.

Fast forward to 2013, when the event takes place – once again – in France, in the frosty Val d’Isère. The race is valid as a round of the Enduro World Series (in its debut edition), and it is going to be remembered as one of the toughest ever. This is the sixth venue visited by the Enduro of Nations and there are no less than 11 countries participating. Nevertheless, none of them manages to oust the French team from the podium.

Then the Trophy of Nations takes a long break, a 6-year-long pause.

“We decided to put a pause on the Nations after our first year as we believed that it was an incredible concept, but the Enduro World Series was growing so fast we didn’t want to do it until we knew we could give it the focus and energy it deserved. We now believe, with the strength of the EWS and the sport healthy around the world, 2019 is the perfect year to bring the Nations into the spotlight and where better to do it than with our most historic venue, Finale Ligure.” Chris Ball, managing director of EWS Trophy of Nations.

This year, under the guidance of the Enduro World Series and with Finale Outdoor Resort as event organizer, the Trophy of Nations will be back – more exciting than ever – with its own identity and a format unique among all editions organized until today. A format that will contribute to make it the closing-season event that everyone is waiting for.

An event that will be celebrating the whole discipline: at last, come to maturity, enduro will be able to cut out its own space and time, away from the pressure of another – finished by then – EWS season, finally focussing on team spirit, with countries battling one another for the title.

The Trophy of Nations is going to be a competition entirely based on team strategy, on sharing efforts and balancing skills within three-rider teams, lining up in one of the admitted categories: Nations, Industry and Privateer.

On 28th and 29th September Finale Ligure will play host to a truly international competition, the gathering of different nations in an event that will carry contagious energy, fun and a great deal of emotions. 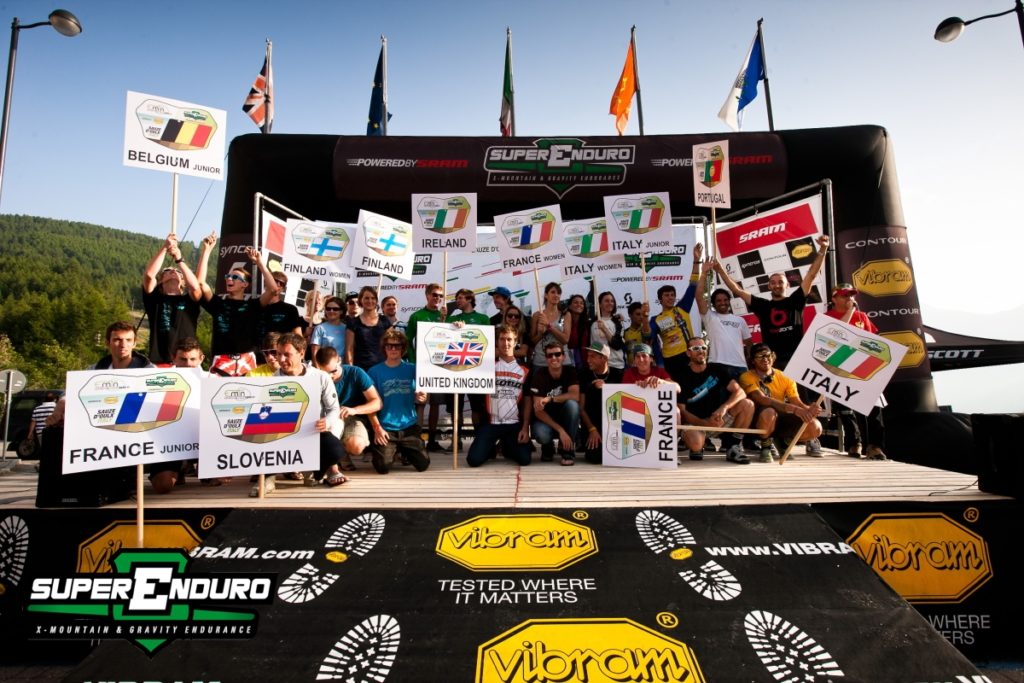 What an amazing journey was this Bluegrass EWS Fin

The Bluegrass Ews Finale presented by Vittoria is

What about Ps4? Little Champery shares the same

The first Ps of the day is about to start 🔥 BA

What a Pro Stage! 🔥😍🍦 Finalborgo was def

No doubt that French riders 🇫🇷 are super str

find out how to receive your FOR YOU CARD by click

A small taste of Finale during the shakedown of to

There has been a problem with your Instagram Feed.
@finaleoutdoorregion #EWSFinale